The company behind the Assassin’s Creed video games has pledged 500,000 euros (around $564,900 USD) to help restore Notre Dame Cathedral.

French publisher Ubisoft featured a painstaking recreation of the landmark in its 2014 game Assassin’s Creed Unity, which is set in Paris during the French Revolution.

Now, after fire ripped through the 850-year-old building earlier this week, the company is vowing to help with its reconstruction.

In solidarity with everyone moved by Monday's events we’re donating to the restoration of Notre-Dame & giving you the chance to play @AssassinsCreed Unity on Uplay for free.
Details below:
— Ubisoft (@Ubisoft) April 17, 2019

“As the smoke clears on the events that unfolded on Monday at the Notre Dame de Paris, we stand in solidarity with our fellow Parisians and everyone around the world moved by the devastation the fire caused," Ubisoft said in a statement. "Notre Dame is an integral part of Paris, a city to which we are deeply connected. Seeing the monument in peril like this affected us all. In light of Monday’s events, we will be donating €500k to help with the restoration and reconstruction of the cathedral. We encourage all of you who are interested to donate as well.”

Ubisoft dedicated 14 months of production time – a total of 5,000 hours of work – to recreating the cathedral for Unity. 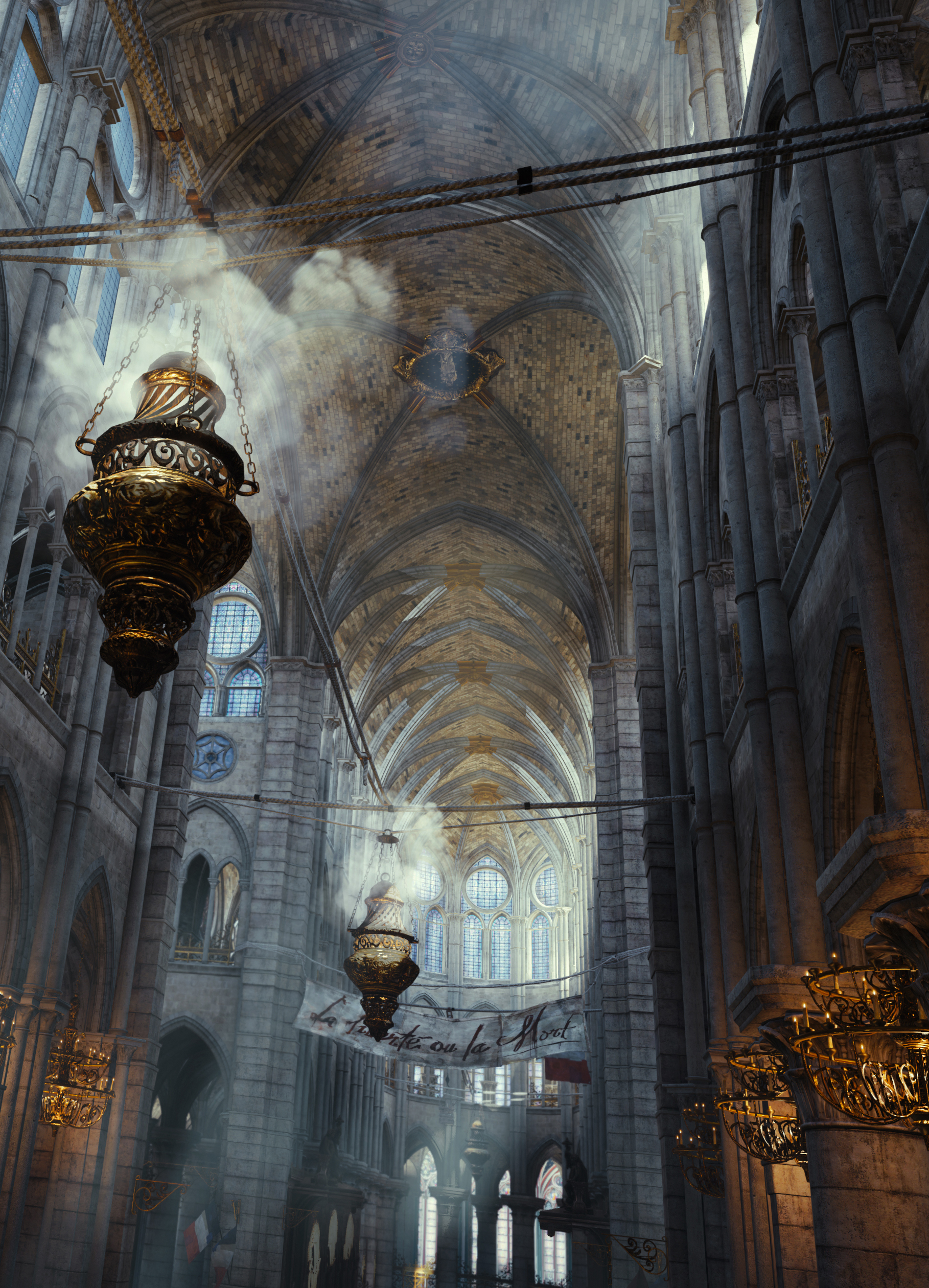 Game players are able to climb up the outside of the building and explore the intricate detail of the interior.

Such is the realism of the rendering there has been speculation the research and analysis could help with the upcoming restoration efforts, though a spokesperson for Ubisoft said the company was “not currently involved”.

“It is important to keep in mind that what we did for the game was not a scientific reconstruction but rather an artistic vision,” the spokesperson said. “While we wanted to be very precise with details, there are some differences in terms of scale and with some elements. That being said, we would be more than happy to lend our expertise in any way that we can to help with these efforts.” 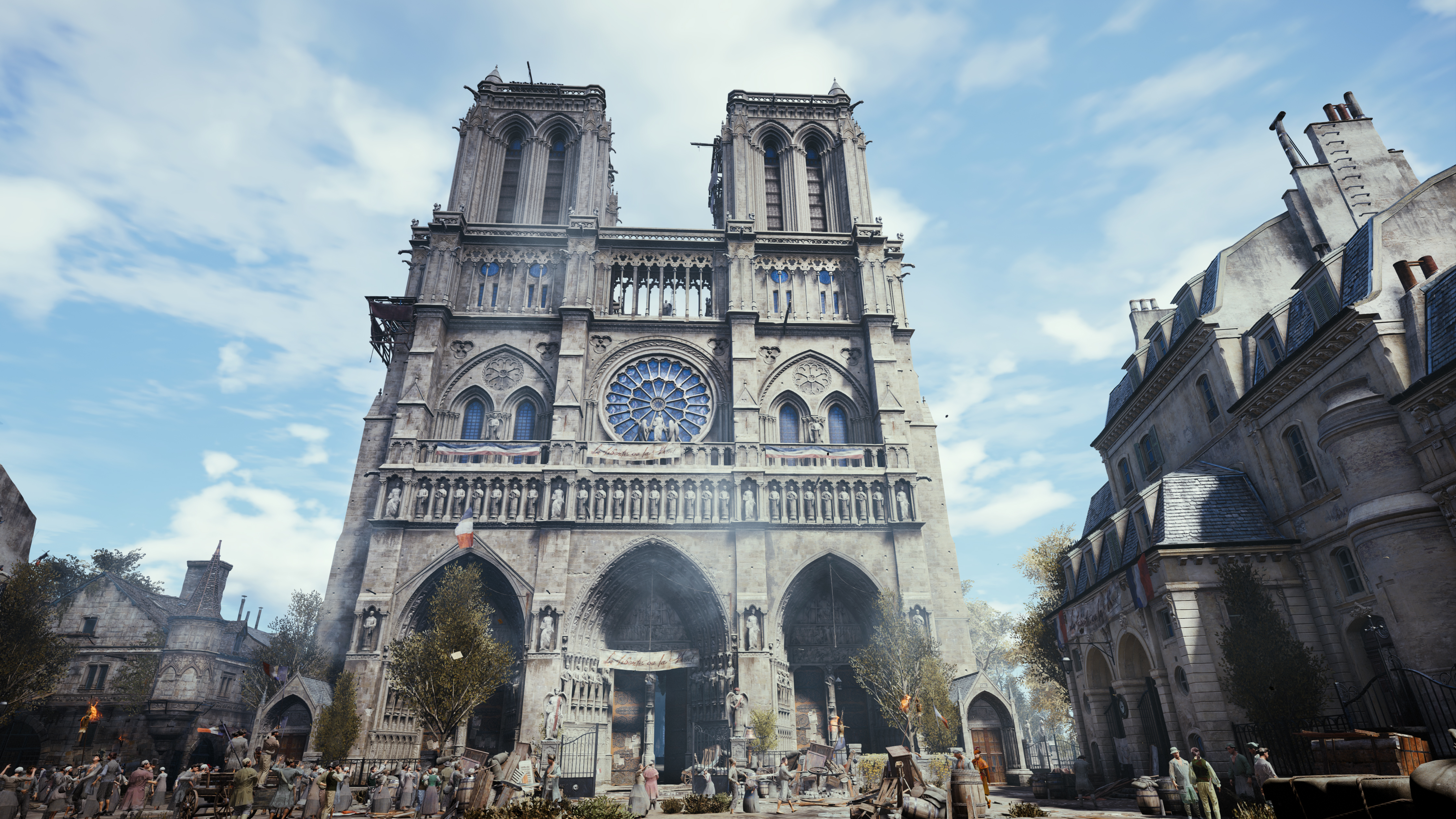 Unity will be available for free to PC users for the next week in a move Ubisoft says will “give everyone the chance to experience the majesty and beauty of Notre Dame”.

“Video games can enable us to explore places in ways we never could have otherwise imagined,” Ubisoft said. “We hope, with this small gesture, we can provide everyone an opportunity to appreciate our virtual homage to this monumental piece of architecture.”

Also contributing to the efforts to restore the cathedral was Disney, who produced an animated version of Victor Hugo’s The Hunchback Of Notre Dame in 1996. They announced a five million US dollars contribution.

“The Walt Disney Company stands with our friends and neighbours in the community, offering our heartfelt support as well as a five million US dollars donation for the restoration of this irreplaceable masterpiece,” Disney chairman Robert A Iger said.