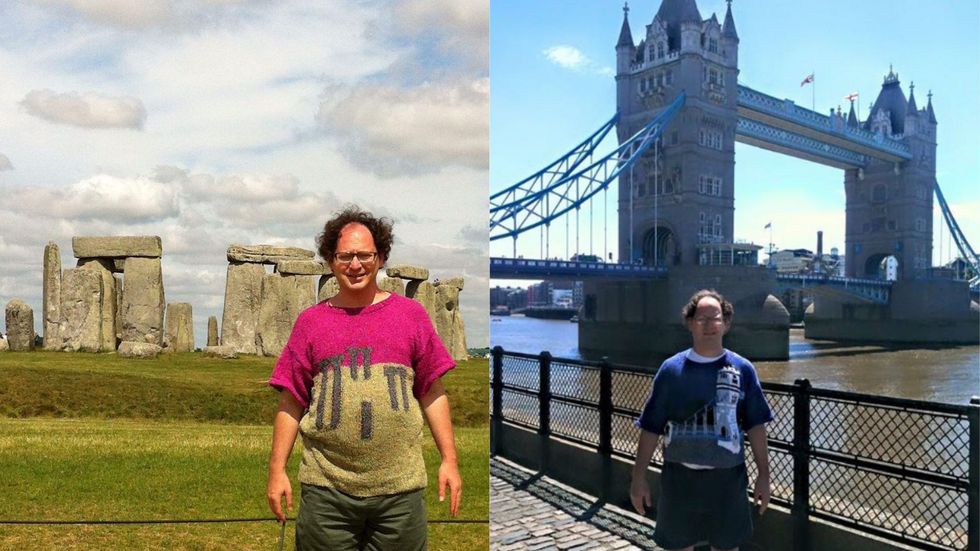 For more than 20 years, knitting enthusiast Sam Barsky has been creating jumpers to match his travel destinations.

The 44-year-old from Baltimore took up the wholesome hobby after dropping out of college and finding a mentor who would teach him to knit.

Now, the unlikely social media star has almost 40,000 followers on Instagram, where he shows off his 142-strong collection.

He is even bringing out his own clothing line later this year, giving fans the chance to get their hands on one of his famous knits.

Each sweater takes him about a month to create, and he said tries to match his creations to his travel destinations.

He told the PA news agency: “To me, it's not a popularity contest, but it's nice to be able to show more people my jumpers.

“It's too hard for me to pick a favorite. A lot of the urban scenes are the most difficult because they feature a lot of buildings.

“When I plan a trip I make sure I have a couple that match the landmarks for where I am going."

Sam, who knits all his designs freehand, said his next project is Philadelphia's Liberty Bell.

He has knitted a number of UK landmarks, including Stonehenge and Tower Bridge.