A mum has issued a stark warning to people to take extra care applying stick on nails after her beauty-loving 11-year-old daughter was left with third degree burns when she spilled some glue on her jeans, causing a terrifying chemical reaction.

Millie, Beth Jones' daughter, decided to apply some of the stick on nails she got as Christmas gists. Beth thought nothing of it – until minutes later when the youngster screamed in agony, saying her leg was burning. 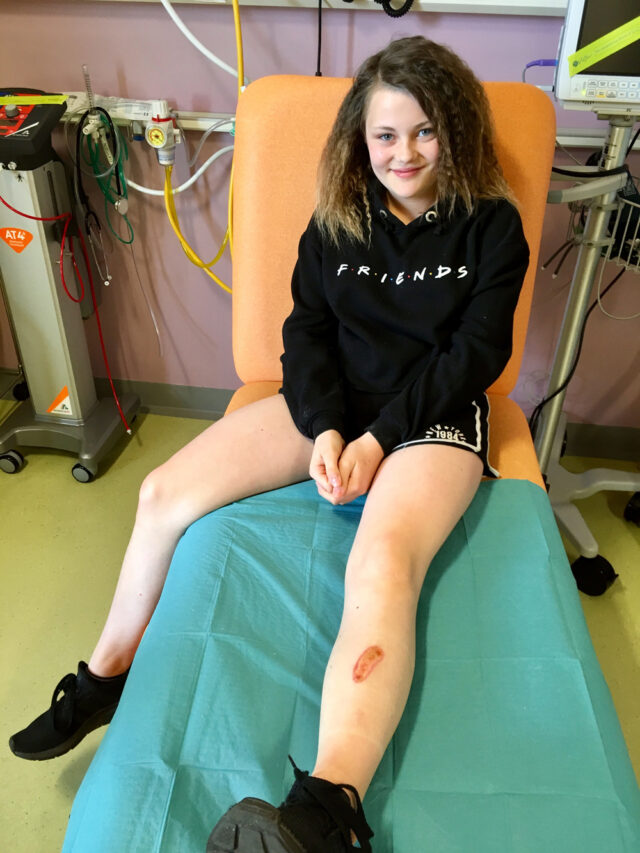 After a cold shower, Millie was raced to the emergency room at Morriston Hospital in Swansea, South Wales, where doctors said she had sustained third degree burns caused by a reaction between a chemical in the nail glue and her cotton jeans.

Now scarred for life, Millie may even require a skin graft for her left leg, according to Beth.“At hospital, the doctors told us that, when a chemical in the nail glue comes into contact with cotton, it creates an exothermic reaction," Beth said. “It was horrendous. Millie's skin was practically sizzling, it was that hot. She's usually a tough cookie, so for her to be crying and screaming, I knew it was bad. I'd had no idea about this reaction, and now I don't want this to happen to anybody else. It has been a huge, frightening wake up call." 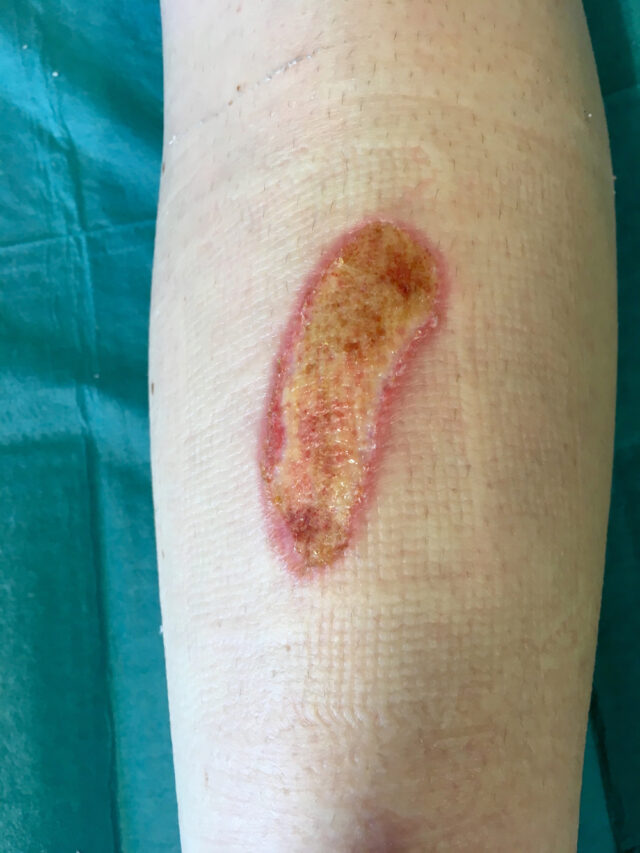 “Millie is really into her beauty and is really good at it. I was such a tomboy growing up, so she absolutely fascinates me," Beth added. 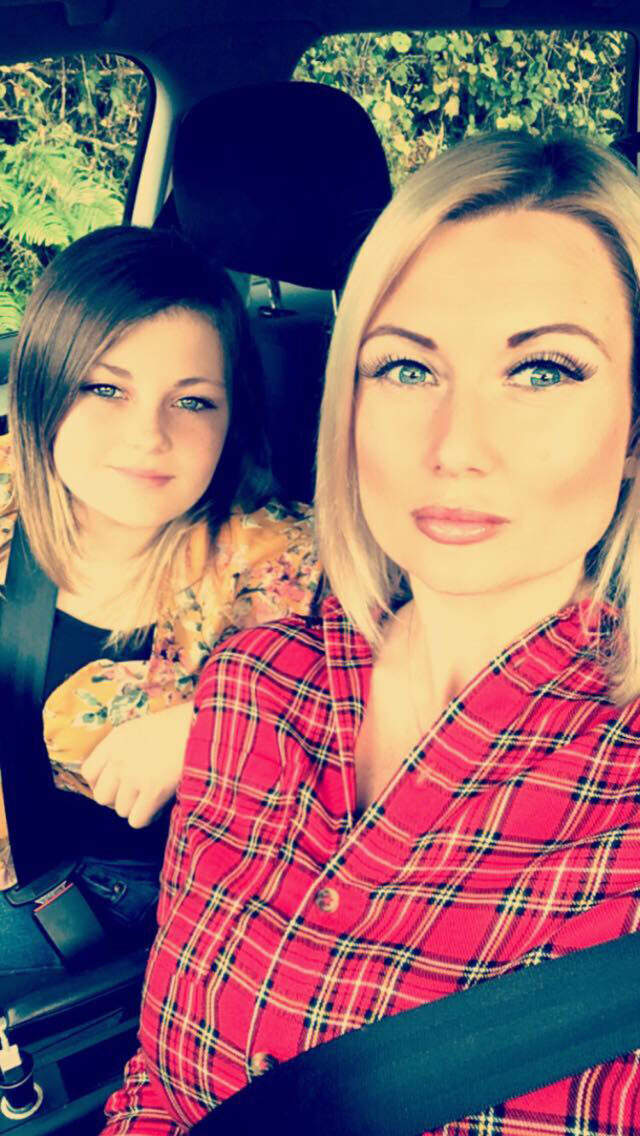 “She has done my make-up a few times, which is a lovely bonding experience for us. She's always watching YouTube tutorials, plus we have a relative who is a qualified beauty technician, so Millie is well aware of how important safety is," Beth continued. “As it was in the school holidays and she has done them before, I thought nothing of her doing her nails."

Within minutes though, a scream rang out from Millie's bedroom. Racing upstairs, Beth was horrified to see her daughter on the floor, crying in pain.

In the UK last year, 663 children experienced serious burns and scalds in July alone, that's more than 21 children every single DAY. Find out more about the causes and top dangers in our latest infographic: https://t.co/nMTOiJpmlJ#BeBurnsAware#BurnAwarenesspic.twitter.com/Iho95eFDBi
— ChildrensBurnsTrust (@CBTofficial) February 13, 2019

“It turned out that, after setting up her desk with all her little products, Millie had reached down to get something and knocked the glue onto her legs. We had no idea at the time, but it must have reacted with the cotton in her jeans and started to heat up and burn," Beth explained. “She was screaming, 'It's burning,' over and over. I saw she had the lid to the glue stuck on her right foot, so I thought it was that and took her into the bathroom to get her in a cold shower. As I bent down to turn the water on, though, I could literally hear the cotton fizzing. I thought I'd have to pride her jeans off her, but they weren't stuck – it was just that strong a reaction." 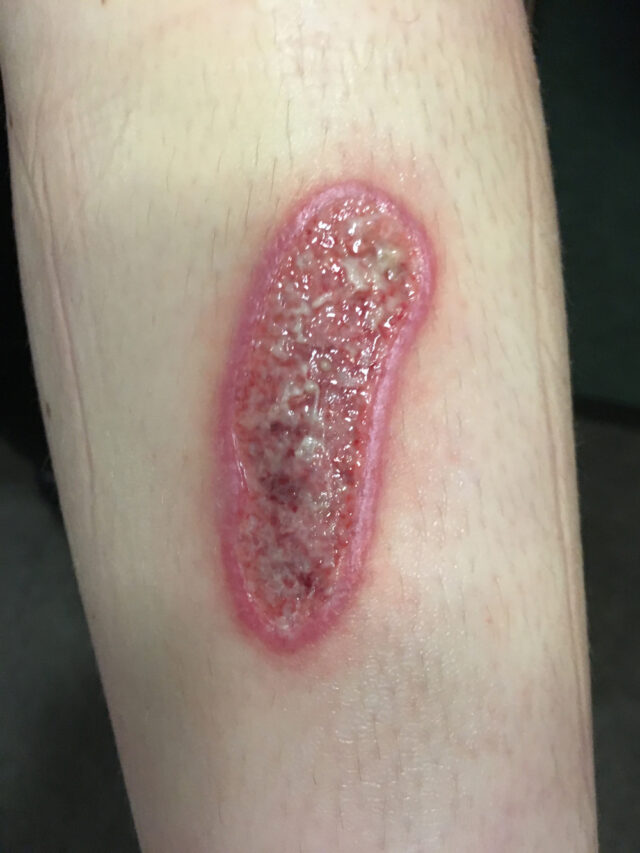 After dousing Millie's legs in cold water, Beth was able to see the full extent of the damage – a large white patch on her left shin.

“Millie then said to me that it didn't hurt anymore, but I thought, 'That's even worse, that might mean there's nerve damage,'" she added.

Wrapping Millie's wounds in cling film to keep them clean and dry, Beth then took her to Morriston Hospital. 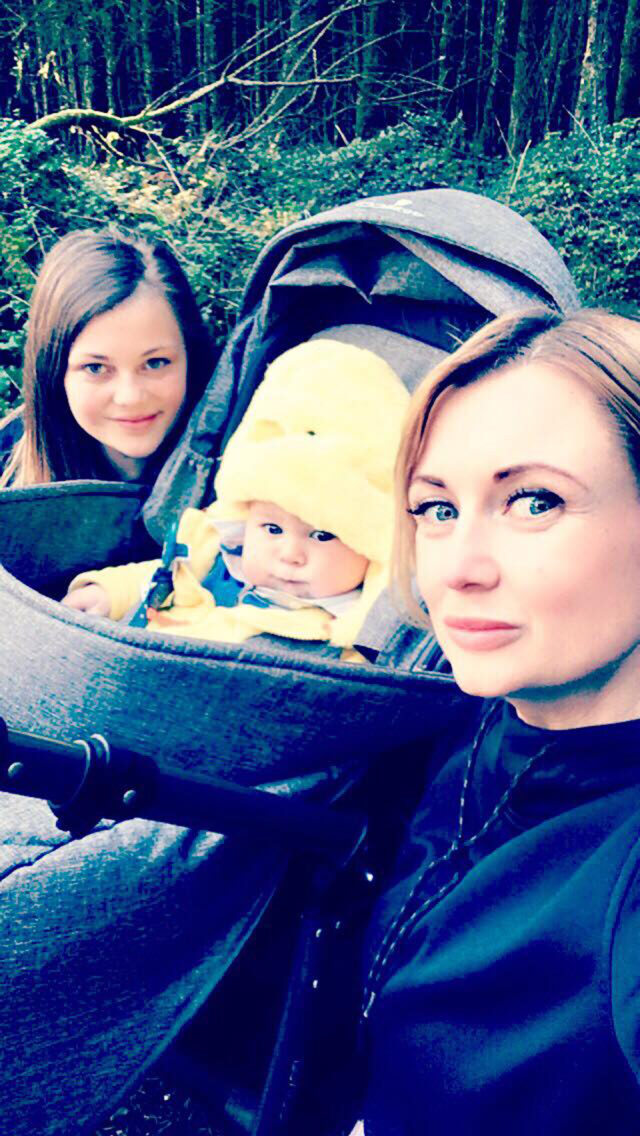 Referred straight to the burns unit, Millie's injuries were cleaned and dressed, before doctors confirmed they were classified as third degree.

They then explained that, although usually harmless, certain fast acting adhesives known as cyanoacrylates – including nail glue – can have an extreme reaction if they come into contact with cotton.

According to a number of studies in the US Library of National Medicine, cotton, along with certain other tissues, acts as a potent catalyst when in contact with cyanoacrylate glue, and is known to produce an exothermic reaction – a chemical reaction that releases energy through light or heat – that may cause burns. 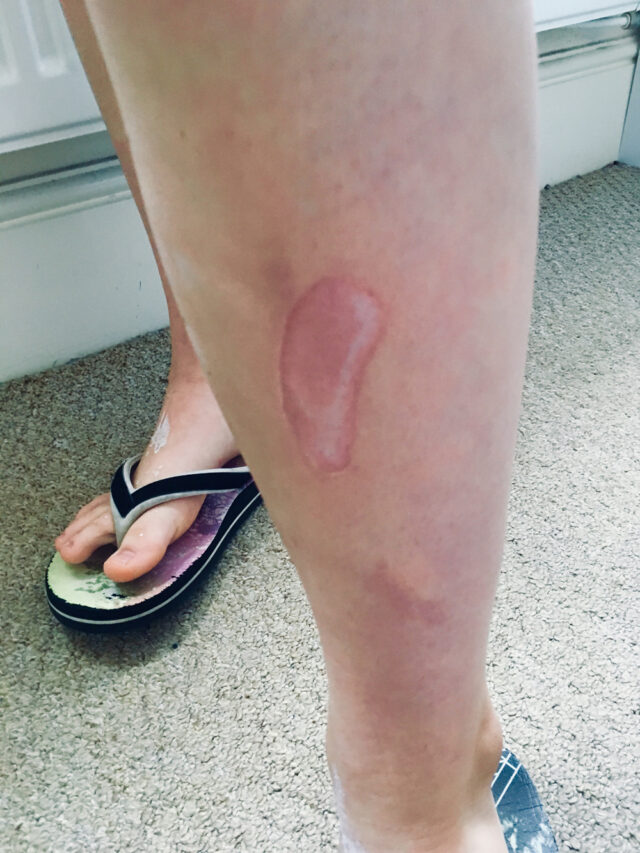 “Doctors told me it was like she'd had acid poured on her skin," Beth added.

The severity of the burn had also caused nerve damage, meaning Millie could not initially feel any pain.

Now, she continues to have her wounds cleaned and dressed daily and the family is waiting to hear whether she will need a skin graft.

“I know she will be self-conscious anyway of the scar on her shin, which is permanent," Beth said. I worry about adding to that a skin graft. There's so much pressure on youngsters these days, so I want to minimize that, and I also don't want her to be in any pain. She's making progress now, which is really good. I'll be taking doctors' advice at every turn, and if they say she needs a skin graft to recover properly, then there is nothing we can do."

Now, Beth is desperate to raise awareness so that no other families suffer like this. Taking to Facebook, she posted about Millie's traumatic incident and was met with a flood of comments and shares. 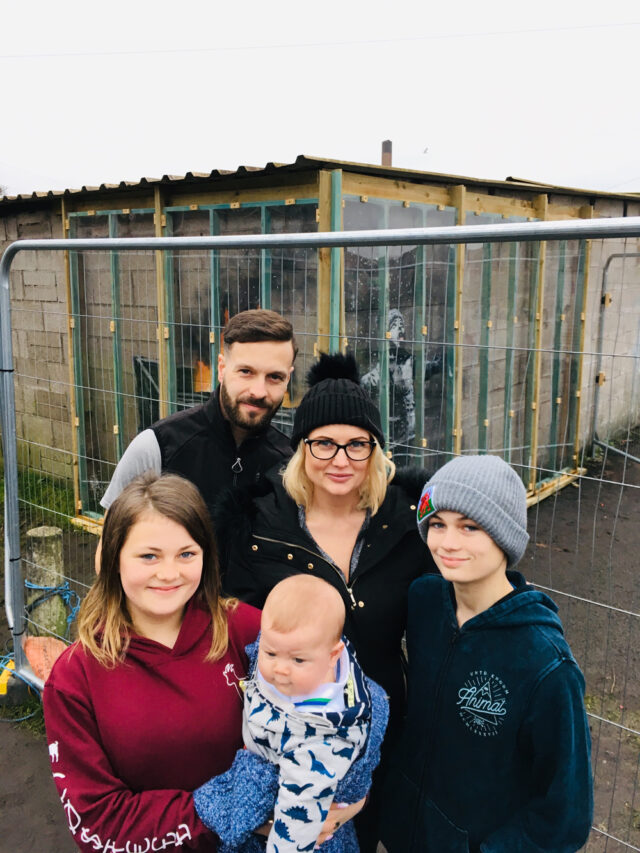 “I got the odd negative comment, saying I shouldn't have been letting Millie do her nails, which I do take on board, but mostly it has been overwhelmingly positive," Beth said. “I've got so many messages from people saying this has happened to them. If it was me with the injuries, I would probably just leave it and put it down to me being silly. But Millie is a child and I really don't want anyone else to get hurt."