Instead of wallowing in self-pity after the failure of her second marriage before she turned 35, a party mad mother-of-four decided to celebrate with a divorce bash.

When she first parted from her husband in 2017, student Christine Cassaniti, 36, feared she would never find the strength to survive another such major split and adjust once more to life as a single mum.

But when her decree nisi came through in early 2018, Christine, of Newcastle, New South Wales, Australia, decided to get her life back on track and became intent on throwing a party to commemorate her 13 year marriage, with everyone who had been important to her – bar her ex. 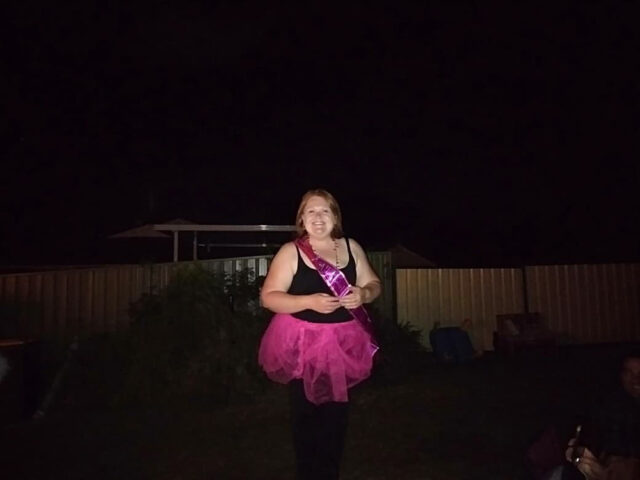 Christine in her outfit for the night (PA Real Life/Collect)

She said: “I really felt like I needed some closure after everything that I'd been through.“Ever since I was little, I'd love throwing a party, and getting my friends and family together – it just made sense to throw one for my divorce as well."

Christine, who does not wish to name her ex-husband or go into detail about their split, admits that, despite her gung-ho attitude now, the early days after the break up were tough.

She explained: “You plan your whole life in your head, then those plans change, and you feel like it's not worth going on." 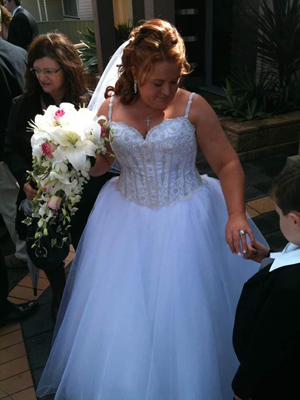 “That sounds awful to say, looking back, but those first 12 months on my own were some of the toughest of my life," she added.

At her lowest, Christine was unemployed and struggling to make ends meet for her and her four sons, Alexander, 16, Harrison, five, Samuel, four, and Joseph, three.

But after realising that self-pity would not put food on the table, she knew she had to turn her life around. 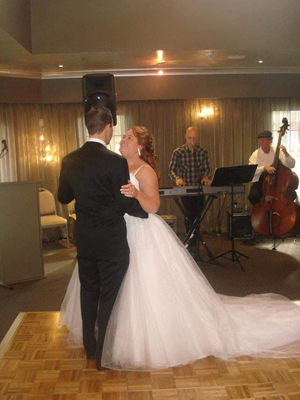 She said: “There came a point when I realised, once and for all, that my marriage was over, and that feeling sorry for myself wasn't going to change that.

“That's when I picked myself up and shifted my focus towards the future and a new picture.

“I surrounded myself with good quality people, friends and family."

Eighteen months after they first discussed divorce, Christine's decree nisi came through – the trigger she needed to defiantly turn a negative situation in to a positive one.She said: “I actively avoided bitching and moaning about the negativity in my life, especially in terms of my divorce being finalised.

“Instead I looked at the finality of the whole thing as a positive, an end to the months of heartache."

During the ongoing divorce, Christine looked to her sister, Katie Ranclaud, 34, a self-employed property developer, and her mother, Judy Hogan, 56, a housewife, for emotional support.

I surrounded myself with good quality people, friends and family.

As her confidence grew, her plans to throw a bash to celebrate the end of two difficult years started to take shape, but she struggled to come up with an appropriate name for it.

She continued: “We celebrate so many life events in this life: birthdays, anniversaries – even the passing of a loved one." 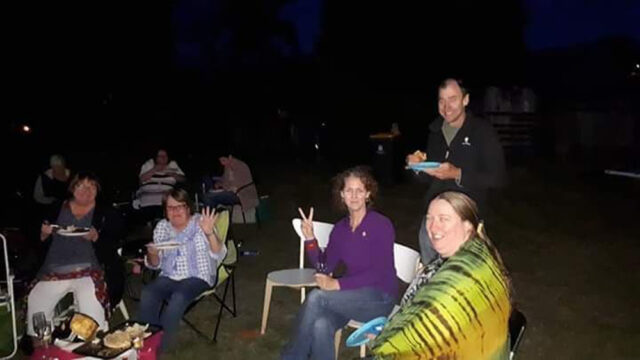 “But when it comes to divorce, it's completely different, like there's something to be ashamed of," she added.

“I knew that wasn't how I wanted my divorce to be for me. It's a life event – like any other big change – and I wanted it marked it with a celebration."

Christine discussed the idea with Katie and Judy, who both agreed a 'gratitude party' was the perfect way to mark the next stage in her life. 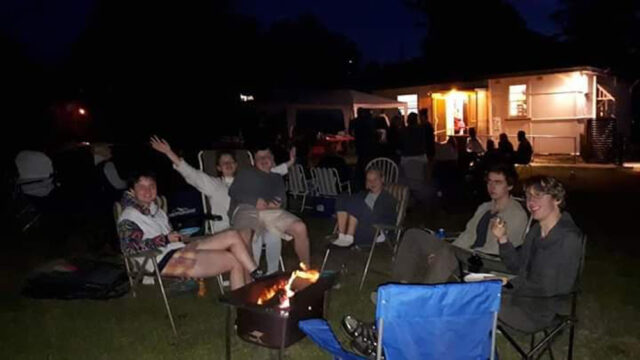 She added: “I wanted to throw a divorce party but didn't like the connotation it has, that's why we officially named the do a 'gratitude party.'

“A party to celebrate my gratitude to all those people who have walked this life with me over the past 13 years.

“The friends and family who supported us as we bought our first house, raised our babies and went through our ups and downs." Christine and her mother, brother and sister (PA Real Life/Collect)

“I wanted all of those people to be there so I could hug them and give them a big, smoochy kiss as a thank you," she said.

Christine set a date for the party, in November 2018 – the month when she was granted her decree absolute – and organized a Facebook event to which she invited 40 of her nearest and dearest
friends and family.

Christine's dad Robert, 64, a painter, was on the barbecue and the guests were asked to bring a sweet and savory dishes to the giant knees-up. 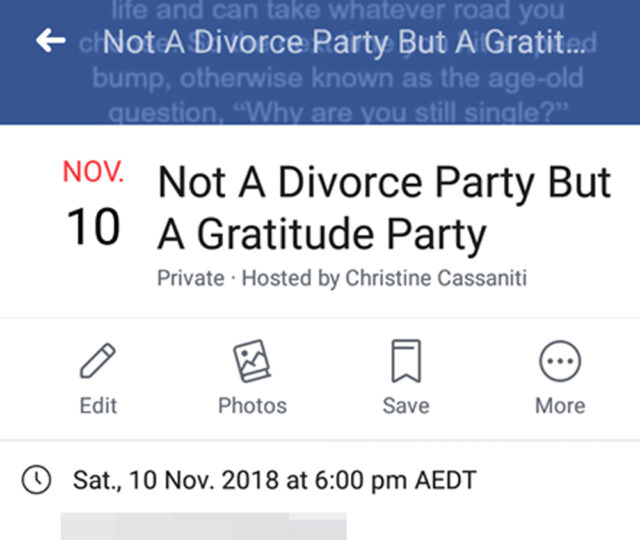 The day, full of laughter and celebration, was not without its surprises, with Christine, who is single, putting together two divorce-themed party games for the soiree: 'trivial divorce-suit' and 'no-longer-a-bride bingo.'

Christine explained: “The first game involved answering various questions about my past two marriages, very much in the vain of Trivial Pursuit.

“While the second involved being awarded points for attending several key life events I've had up until now."

She continued: “Whoever had the most stickers in the end won and helped me dish up the afters!"

By all accounts the party was a huge success, and even Christine's eldest, Alex, turned up – playing the part of DJ.

Christine added: “It was one of the best nights of my life in the end."

She concluded: “Divorce can be full of such harsh emotions, so, to any upcoming divorcees out ther, my advice is to throw a party to celebrate what it was and to acknowledge those who have stood with you along the way.

“My only regret is I didn't invite my ex-husband – well, almost!"