A council worker who claims she is “serving a life sentence” after being stalked by her former lover, says she now lives in a “high state of fear” after his behavior “wrecked her life.”

Jayne Bravery, 44, told how she met Philip Young, also 44, when they worked together for Wealden District Council in East Sussex – her as a housing officer and him as a property surveyor – in 2007, soon embarking on a “purely sexual” relationship, which led to her having his child that December.

Describing their early liaisons, she said: “I was attracted to him and he seemed like a reasonable kind of guy and we had a nice time together.”

Jayne, of Brighton, East Sussex, who said she was happy for Young to see his child regularly, despite their sexual encounters having stopped, soon realized she had made a serious error of judgement.

And several years later, in November 2017, Young pleaded guilty to stalking Jayne, involving serious harm or distress, relating to a period between January 1 and April 26, 2015 and was sentenced to a two year community order and 100 hours of unpaid work, with a rehabilitation activity requirement of 35 days.

He was also given a five-year restraining order.

But while the actual stalking charge pertained to a limited period, according to Jayne his unnerving behavior went on for years, during which time he put clandestine spyware up outside her house and a tracking device on the bottom of her car.

Speaking out to raise awareness of the devastating consequences of stalking for victims, she said: “Finally seeing justice done was vindicating, because it showed that I had not been dreaming it for all those years.

“But that doesn’t change the fact that I am still terrified. I can’t remember the last time I slept through the night, because I’m constantly getting up and looking around the house every time I hear the slightest noise.”

She added: “I have been given a life sentence.”

Jayne recalled her relationship with Young changing as soon as she discovered she was pregnant in May 2007, claiming that he was not happy about the news.

She said: “I still liked him enough at the time to think that maybe he and I could be a couple and raise the baby as a family, but he wasn’t having any of that.”

After giving birth to their baby in December 2007, Jayne allowed Young unlimited access to the child, even though they had ceased to have sexual relations.

But, when the baby was three months old, she claimed Young harassed her for the first time.

They had planned for him to look after the baby for the day, but she had to cancel because their child was sick. 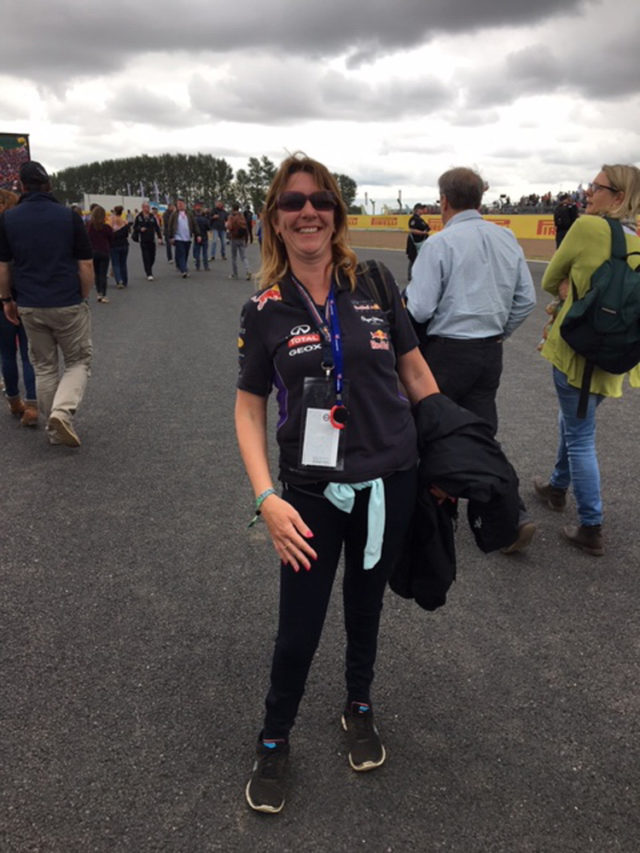 She alleged: “He came over anyway, even though I had told him not to and when I asked him to leave, he refused.

“That was the first time that I felt genuinely frightened of him and, in the end, I had to ring a friend of mine and tell them what was happening before he would go.”

Still, refusing to think the worst, she put Young’s behavior down as a “one-off” and continued to let him see the baby.

Sadly, she said she soon realized her mistake, claiming he became increasingly volatile.

“On the outside, he was a model father,” said Jayne, who was still working with him at the council at this point, albeit in a different department.

“But as time went on it became increasingly clear that this was not the case.” 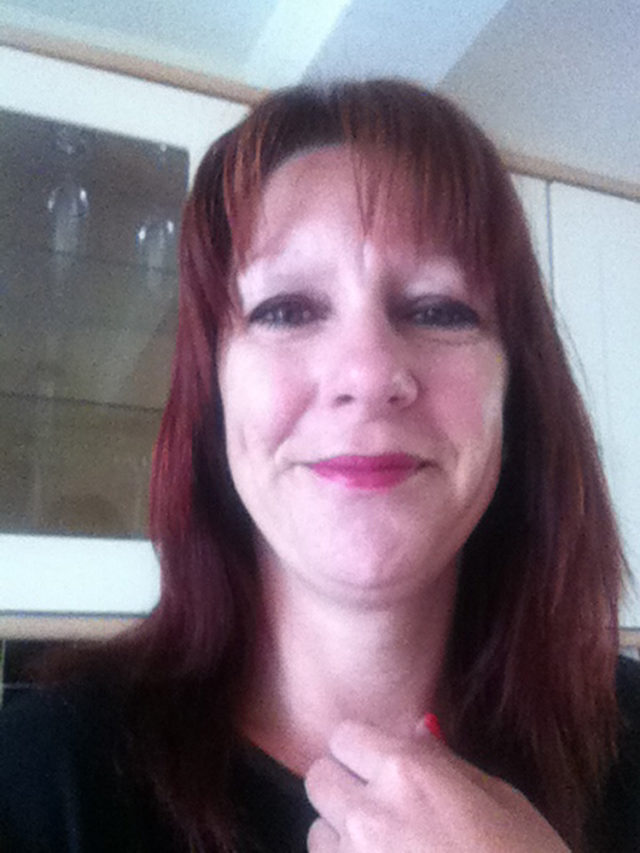 She continued: “I remember our child being about four and coming home from seeing him one day and telling me that all their dad ever asked about was whether there had been any men coming over to the house to visit me.

“I was utterly astounded that he had been using our child in that way.

“The harassment at my home also continued, and became worse with him often turning up unannounced, banging on my door and throwing stones at my window.”

Eventually, in August 2012, Jayne said she had to involve the police after Young refused to leave her house – resulting in the pair of them agreeing that he should have supervised contact with their child at a mutually agreed contact centre.

Luckily, this led to two years of normal relations between them, according to Jayne, resulting in Young being allowed once more to see their child unsupervised, but never at her home.

“We would meet at Asda for a handover once a week, but I used to absolutely hate it as he’d always be making snide and unnecessary comments about my hair and my clothes,” she claimed.

“I would pretend that everything was fine for our child’s sake, but, inside, I was terrified.

“The accumulation of all he had done until that point made me dread every bit of contact.”

But Jayne said that Young’s increased contact with their child also meant a resurgence of his harassment.

She said: “My car tires kept being slashed and while I had no definite proof, I strongly suspected Philip.”

At first, she thought it was a coincidence when he kept turning up at the same places as her around town.

Then she alleges he appeared outside her friend’s house while she was staying there – over 20 miles from her Brighton base – and was pretty positive he had been somehow tracking her.

If you need any advice about being stalked, get in touch with us at the helpline – 0808 802 0300 advice@stalkinghelpline.org #NSAW2019#stalkingandhealth
— Stalking Helpline UK (@TalkingStalking) April 10, 2019

This was in April 2015 and, fearing he’d been tracing her through her mobile phone, she took it to the police station – but they found nothing.

Then a few days later she took her Kia car to a local garage to check for a tracker and was horrified when she said they discovered a tracking device, placed on the underside of her car.

“I felt physically sick, but at the same time quite elated because at last I had something that I could take to the police,” she said. 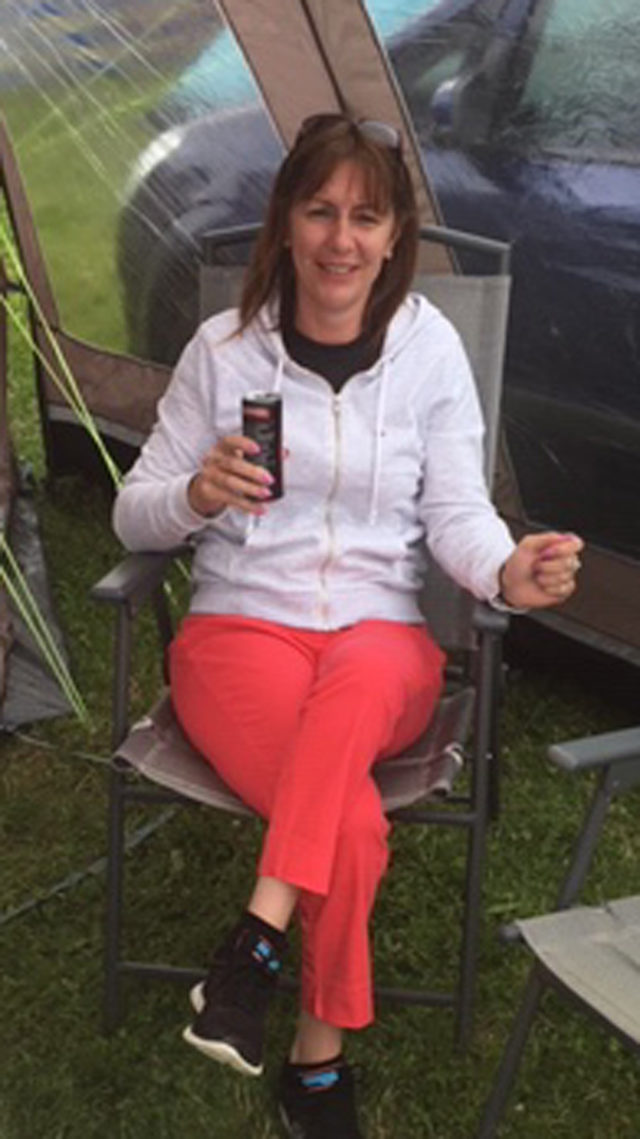 The discovery led to Philip’s arrest in April 2015 and a warrant was issued for his home to be searched.

There, according to Jayne, they found spyware and pictures of her coming and going from the house leading detectives to find a camera which Young had installed on the wall of a garage beside her home.

“It was absolutely astounding,” she said. “But, in a way, it was also a relief to know that I wasn’t going mad and that him turning up all over the place wasn’t just a coincidence.

Finally, people could see him for the person he really was – a stalker.”

Since pleading guilty to stalking, Young has only been allowed indirect contact three times a year with their child – sending Christmas, Easter and birthday presents.

But, despite being issued with a five-year restraining order, Jayne says she still lives in fear of him turning up out of the blue and is sure his harassment will begin again once the restraining order against him expires in November 2022. 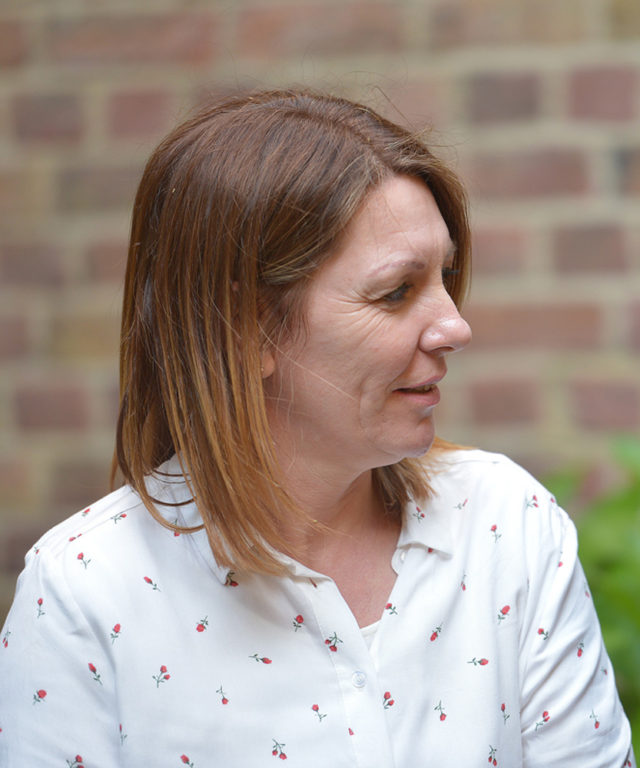 Still, putting her fears aside, she is determined to tell her story, hoping to encourage other victims of stalking and harassment to report it to the police.

She said: “My advice to anyone who is in the same situation as I was is to report everything – even if the police do nothing about it, it will be logged and could one day be used as evidence.

“It is also important to keep a diary of every incident as it occurs.”

While she is determined that Young’s behavior will not “ruin” life for her and their child, Jayne does claim it has changed things forever.

“All Philip Young had to do was be a good dad, but he couldn’t even manage that – and I cannot forgive him for that.”