Cat Found 1,200 Miles From Home Reunited With Owner After It Went Missing For Five Years 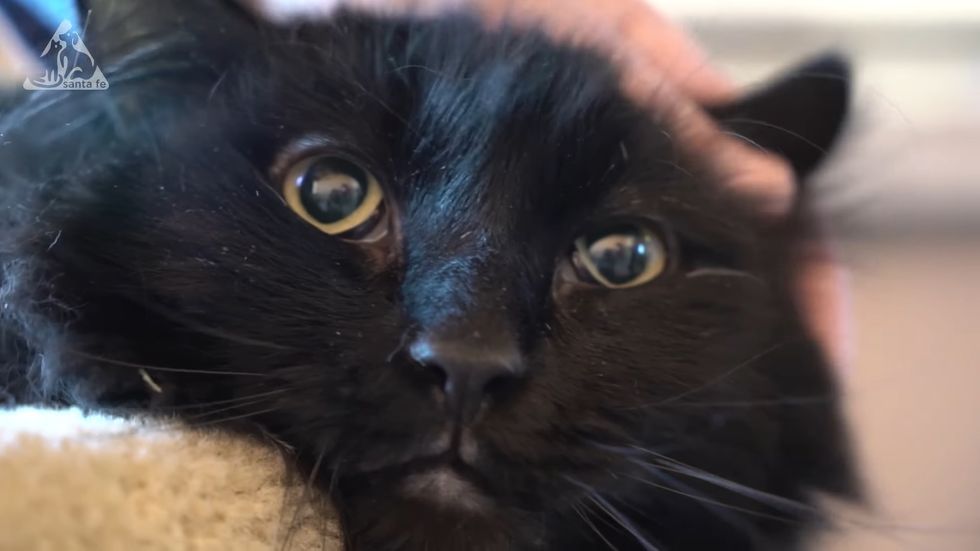 A black cat missing for five years has been returned to his owner after turning up more than 1,000 miles from home.

Sasha was found wandering the streets in Santa Fe, New Mexico, and taken in by the local animal shelter.

When staff from the Santa Fe Animal Shelter and Humane Society scanned the animal's microchip, they discovered he had somehow travelled around 1,200 miles from Portland, Oregon, where his owner Viktor Usov lives.

“He went on a grand American adventure."

“He stopped by the Grand Canyon, Crater Lake, he saw the monuments, all the national parks, definitely Redwood Forest."

American Airlines flew the cat back to Portland with a member of staff from the shelter so he could be reunited with his owner.

Sasha had been with Mr Usov for around a year when he went for a walk one day and never returned.

Before that, Mr Usov said he was the “friendliest" of cats, and good friends with Tara – the dog he adopted around the same time.

“They grew up together."

“They would eat from the same bowl, sleep in the same bed, and whenever we took Tara for a walk Sasha would come along of his own volition."

He said he was excited to reunite the pair and see how they got along after the lengthy separation.

Exactly how Sasha ended up in New Mexico remains unclear.

Murad Kirdar, a spokesman for the shelter, told the Sante Fe Reporter cats are:

“hitched a ride and ended up here".