A wildlife conservationist living on a remote Hebridean island with a population of just 22 people has told how she abandoned life on the mainland and a burgeoning career in journalism to become a professional huntress.

Attending an inner-city high school in Perth, central Scotland, before going on to study politics at Perth College University of the Highlands and Islands, Charlie Blance, 20, said she “stuck out like a sore thumb" in urban environments and craved a life in the wilderness.

Her dreams became reality when she dropped out of college after a year, switching to a year-long course in gamekeeping and environmental conservation at Borders College in Galashiels, Selkirkshire, then landing a role as a trainee nature reserve worker on the Isle of Rum – a national nature reserve 20 miles off the West Coast of Scotland.

Required to take part in annual red deer culls as part of her job, shooting up to 20 herself in order to control the population, Charlie said: “People are often outraged when they hear about conservationists shooting deer and they see you as just a mindless killer.

“They don't realize that by killing a few you are saving many, many more.

“It may be gory sometimes, but for me it is all about the conservation of the wildlife." 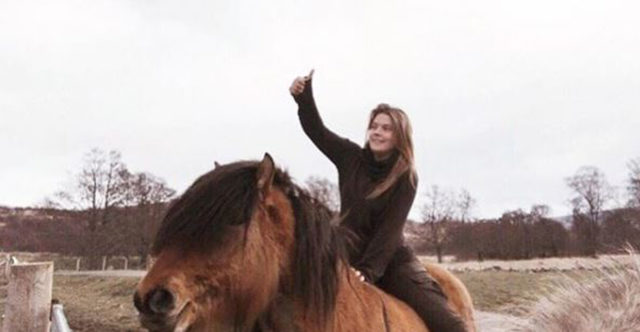 She continued: “And if we don't keep the numbers down, diseases like foot and mouth are more likely to break out – which will kill far more animals."

Not only does she shoot the deer, she also disembowels them herself, before carrying them off to the larder.

She said: “As I am still training, I am always supervised by another reserve worker, but I have shot between around 10 and 20 deer this winter season." 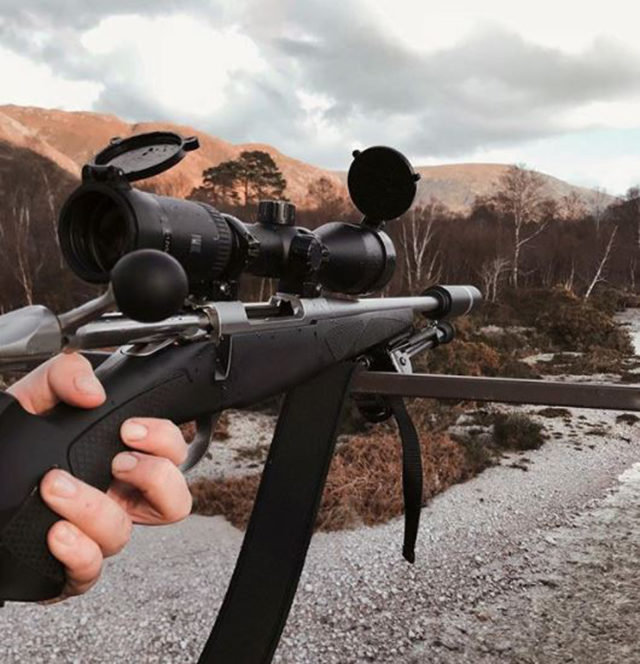 Charlie continued: “You have to make sure never to shoot a deer if it is on the skyline, as the bullet will continue to fly for miles and could hit a person – so you need a backstop.

“Then once you have shot it you must wait roughly 15 minutes before approaching to make sure it is dead, otherwise shot deer have been known to charge people."

Charlie then guts the animals herself, removing the stomach and then the intestines which, if they leak, could contaminate the meat. 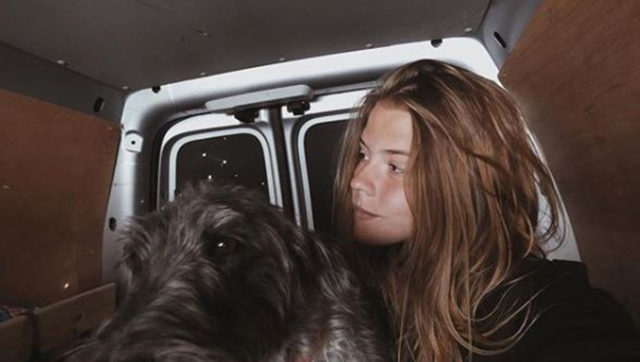 The carcass is then carried back to town on a native Rum Highland pony, where Charlie cuts off the head and feet and hangs it in a refrigerator, ready to be taken to the mainland and sold as venison.

“I have the option to buy some of the meat myself, which I often do, taking around a kilo per month," said Charlie who, due to the scarcity of fresh food on the island, finds much of her own food, picking seaweed and sorrel and catching crabs.

“I also often take the deer heart as they give the offal away for free. The heart is delicious, but the liver I can't stand." 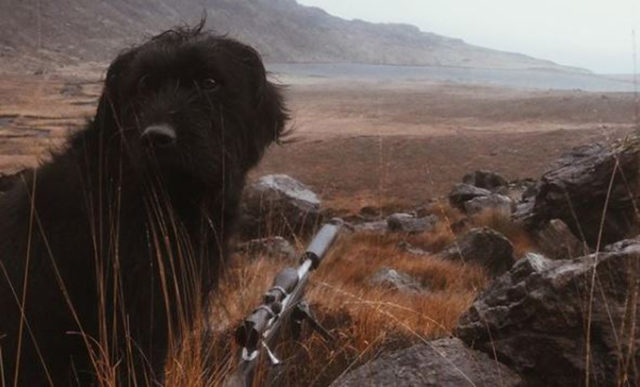 Arriving on Rum, aged 19 in July 2018, Charlie was given a room in a house alongside one other trainee reserve worker, in the island's only village of Kinloch, made up of 13 homes, a community centre, a general store and a Post Office.

Growing up as an only child in rural Perthshire, where her mum is personal assistant to an estate owner and her dad makes woodchips, Charlie, who is single, has always felt at her happiest in the countryside.

In contrast, recalling how out of place she felt studying politics, she said: “I had always loved nature, being outdoors and doing hard manual work." 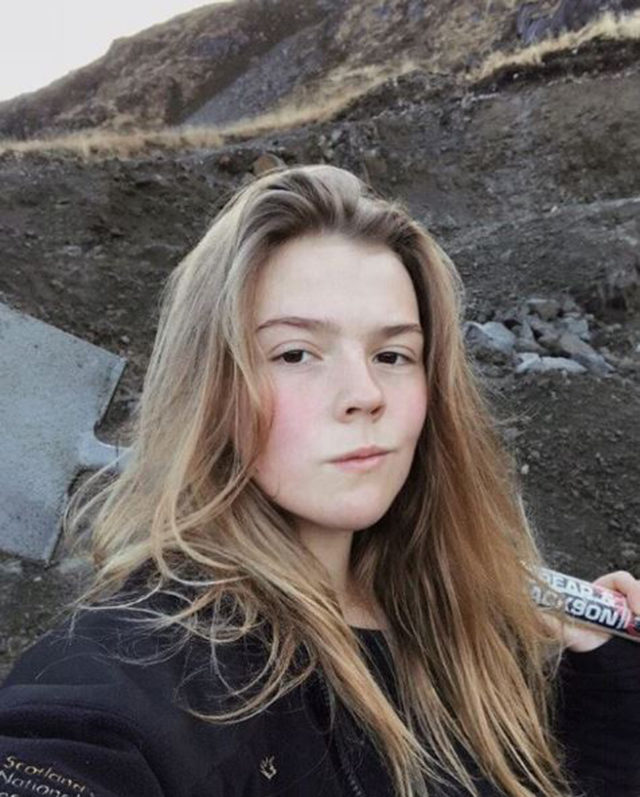 She continued: “So after a year of studying politics, I realised I could either waste the rest of my life being unhappy or I could actually pursue my dream and do the thing I love."

Despite her evident passion for her profession, Charlie is the only female gamekeeper on the island and – also a member of an internet group for women hunters called the Ladies Rifle Club – she admits her colleagues were initially surprised when she arrived on Rum.

She said: “I don't think that the gamekeeping industry is sexist but it isn't an obvious career choice for women." 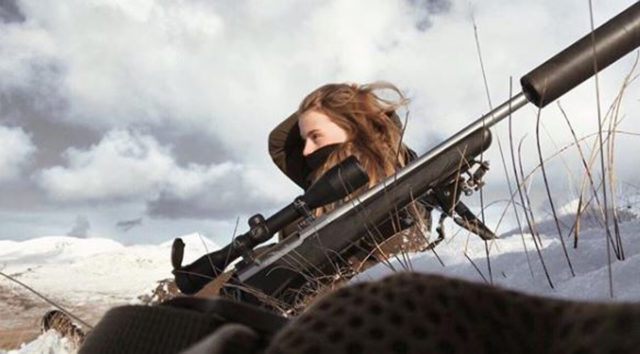 Charlie added: “It's also a very aging job, wandering across the wind-beaten terrain all day.

“I've lost fingernails and got scars along my hands and arms from manual work like maintaining roads and fixing fences.

“But that doesn't bother me in the slightest because I'm more content than I've ever been." 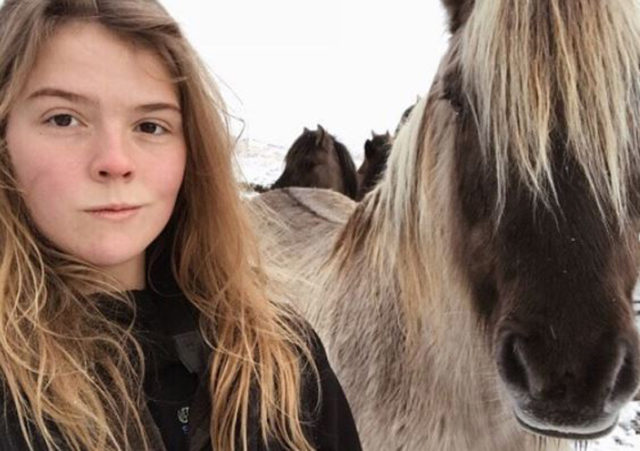 As a child in Methven, Perthshire, Charlie developed an interest in guns and hunting – taking up air rifle shooting in her mid teens and later shotgun and rifle shooting at the local firing range when she was 17

She was encouraged by her parents, who she does not wish to name, but, at that point, did not consider becoming a gamekeeper herself.

Then, following a blissful spring spent working on a sheep farm in Selkirkshire during which she became friendly with the gamekeepers, Charlie quit university to study gamekeeping and conservation – also learning to deer stalk, before applying to work on the Isle of Rum. 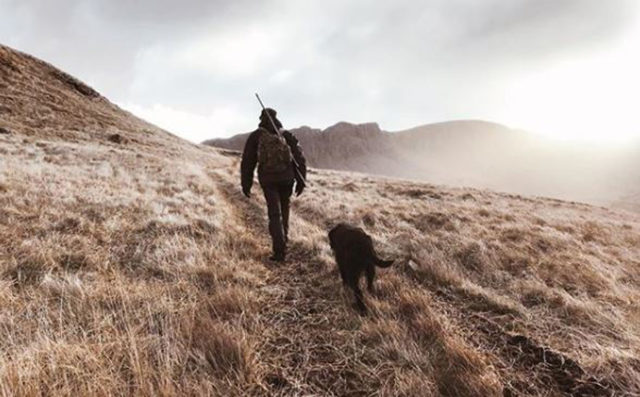 “I was so happy when I was accepted," she recalled. “I had worked on estates before, but I knew this was going to be different as there are so few people on the island.

“But as an independent and fairly solitary person, that didn't worry me at all."

Soon Charlie found herself doing everything from helping to maintain roads and feeding livestock to culling deer. 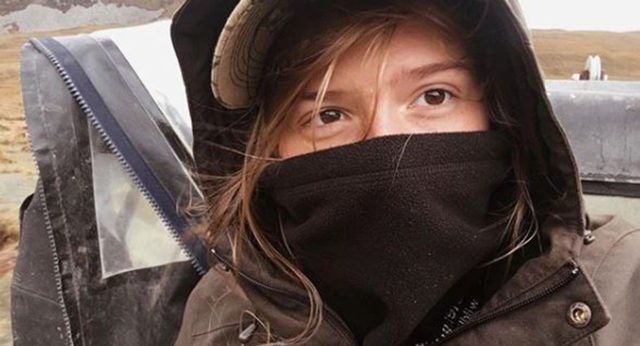 Despite her lifestyle being fairly solitary, having few friends and only returning to the mainland infrequently, Charlie loves life on Rum.

“We don't have a pub, but we do have a community centre where people often will go for a drink," explained Charlie, who plans to look for a croft of her own to live in one day, somewhere along the west coast of Scotland.

“It means that I get to know everyone who is living here, which wasn't at all the same when I was living in big towns on the mainland." 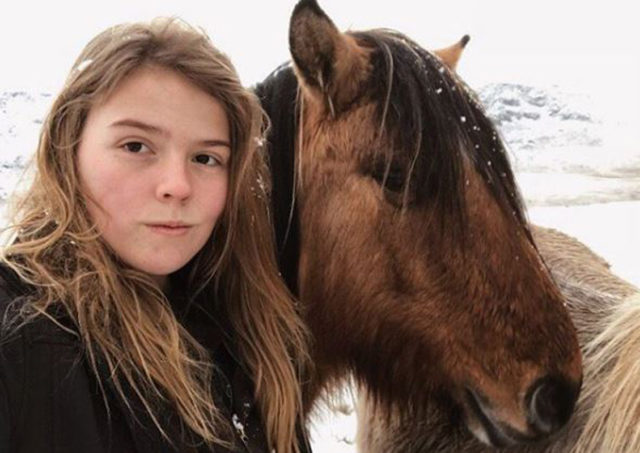 She continued: “I still go back from time to time, but I don't really have many friends there any more, as we don't have that much in common now and they are quite surprised by what I'm doing now.

“I have far more in common with the people who live I live with here – my best friend's a 50-year-old man!

“But that suits me totally because age doesn't matter, as we share a love of nature and wildlife. My dream is to have a croft of my own one day and being able to find, kill and butcher everything for myself."