An architectural homage to the 1960s TV show The Flintstones has been branded a public nuisance by its local town council after the owner added a herd of life-size dinosaurs to the garden.

Retired media mogul Florence Fang bought the house in Hillsborough, California, last year and recently installed dozens of colorful mushroom ornaments and animal sculptures, including a Triceratops, Brontosaurus and woolly mammoth, in the grounds of the bulbous building visible from a nearby motorway.

“Before, passing by, I always wondered who's living in that house. Now I'm the one," the 83-year-old reportedly told local media before bursting into laughter. 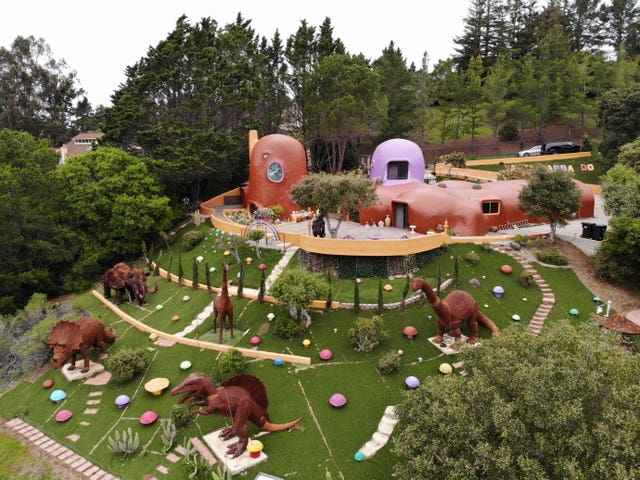 An aerial view of the Flintstones House in Hillsborough, California (Terry Chea/AP)

Fred Flintstone, his pet dinosaur Dino and the Great Gazoo, a green alien from the series, also feature, as well as large, colorful letters spelling out the catchphrase “Yabba Dabba Doo" and a “No trespassing" sign.

Fang apparently tolerates people visiting to take photos but drew the line when returning home to find children playing on her roof.

The 2,700 square foot home was built in 1976 by pouring concrete over wire mesh and large balloons to create the undulating, dome-like structures.

It was nicknamed The Flintstones House in 2000 after being painted orange. Fang added the latest touches after buying it for 2.8 million US dollars last May. 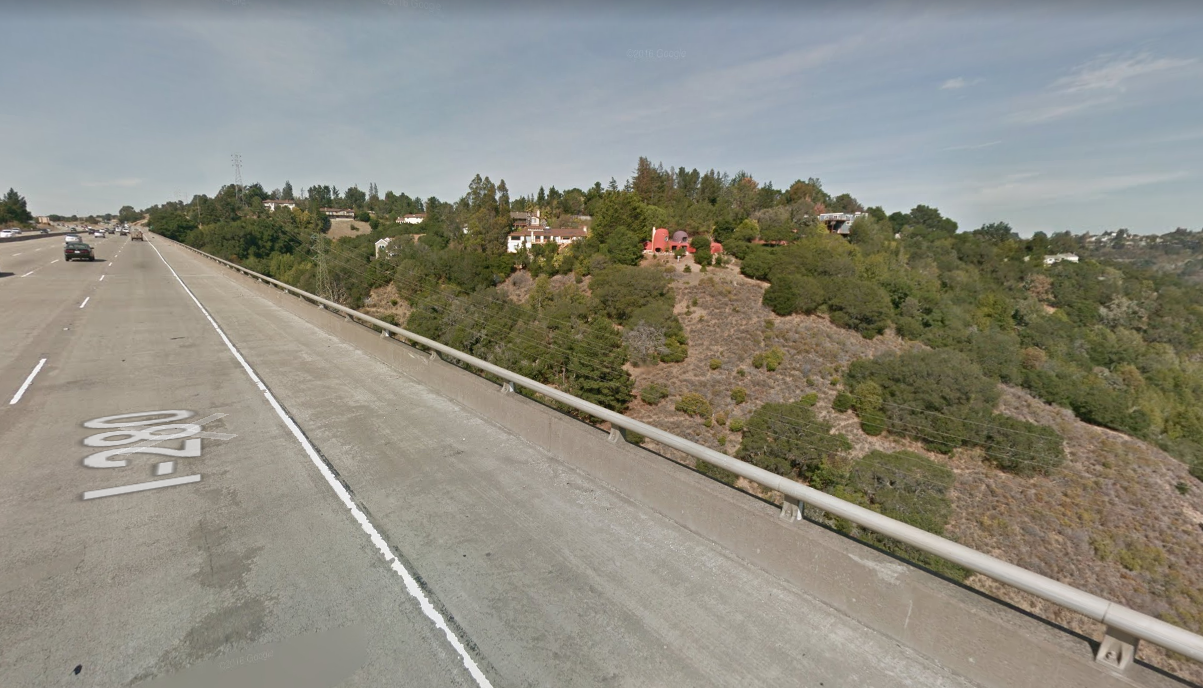 Hillsborough officials said the property is a public nuisance, landscaping was added without permits, and they want the fixtures removed.

NBC Bay Area reported that the lawsuit was filed “because the landscaping improvements create a highly visible eyesore and are out of keeping with community standards" and “the decision and order required that they be removed".

Fang's lawyer said elitist town officials are denying her client the right to enjoy her own property and pledged a vigorous fight.

An online petition addressed to California Governor Gavin Newsom asking to “leave the home owners alone" has had almost 20,000 signatures.

“As a child I would drive to San Francisco with my family to see my grandmother. I would wait patiently until I was able to catch a glimpse at the Flintstones House. At that time it was just orange and round and it intrigued me."

“Now when I drive my daughter up north, she waits to see the house and the steel statues that line the yard. She is a huge fan of the T-Rex."

“Removing the statues would devastate her and many of our childhood memories we have of this beautiful home."

“In a land of forest green there is a home where, in our childhood imagination, Fred and Wilma greet each other and say 'I'm home'."

The matriarch of a media dynasty that includes several newspapers makes her primary home in a bigger house nearby. Fang bought The Flintstone house two years ago as a place to throw parties.

Her lawyer says of the city's reaction to her party home:

"This is intolerance and elitist behavior."

According to Alioto, Fang is:

The quirky house designed by architect William Nicholson in 1976 is:

"her happy place. This is her fantasy."

We'll yabba, dabba doo to that.