A man is creating a giant outline of his body by walking nearly 200 miles in London, and mapping the route on GPS. Four days in, Martin Pirongs has so far completed half of his head, his right arm and half of his right leg. He plans to finish the project within two weeks, having started in Enfield, north London.

When asked why he is creating the giant man shape, said “I do kind of ask myself that question, but it is in the name of art.”

The creation is part of a project Pirongs is creating for his studies at the Art Academy in London.

“The project has been scaled up from working in the studio where I tend to start with my own body at the centre of art making,” he said. "I was looking at the relationship between the real and unreal – within the confines of my own body I suddenly visualized the M25, basically." 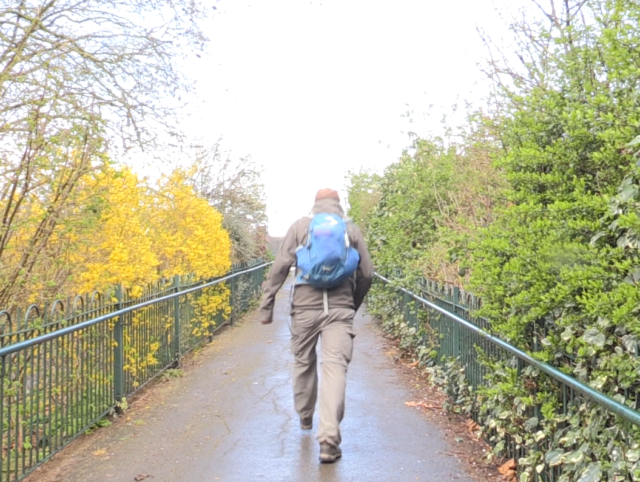 Pirongs’ walking route has attracted a lot of attention online, where people can follow it on a live feed on his and the Art Academy’s websites.

“I thought maybe there would be a handful of friends interested, but it seems to have caught people’s imagination,” he said. “I don’t know if they think it’s bonkers or not, but it is a bit bonkers.”

Pirongs said it took around six or seven weeks to plan the project, with preparations including walking training to ensure he was fit enough for the journey, and ensuring he had a phone with enough battery to track his progress throughout. 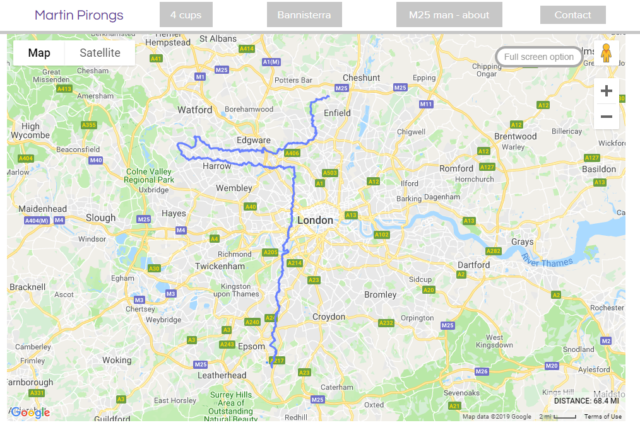 He is aiming to complete 20 miles a day, staying at Airbnb locations along the route in the evenings.

“It’s fascinating walking across London through all the different bands,” he said. “There’s bands of wealth and bands of poverty, house upon house upon house. You begin to take on a different perception of London. These days, living in any city, we’re quite disembodied with things, we’re reliant on the digital and have technology poking in various orifices. We’ve kind of lost contact with the body, so I wanted to reconnect with the city.”

Pirongs is tracking the route with GPS experts Follow My Challenge and hopes to complete the route in 10 or 11 days, finishing back where he started at Trent Park, just west of World’s End in Enfield.

According to the student the highlights of the walk have been some “beautiful horses” and meeting a “fantastic family” from staying at Airbnbs along the route. 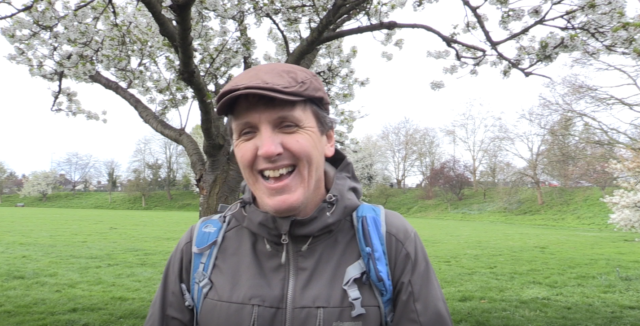 “The children were full of curiosity and I tried to explain the project to them, in the terms of ‘Well, I’m basically making a big giant’,” he said. ‘It’s like giant training school’, I said to them, hoping that they would kind of get the idea. They just kind of looked at me blankly.”

own outline by walking