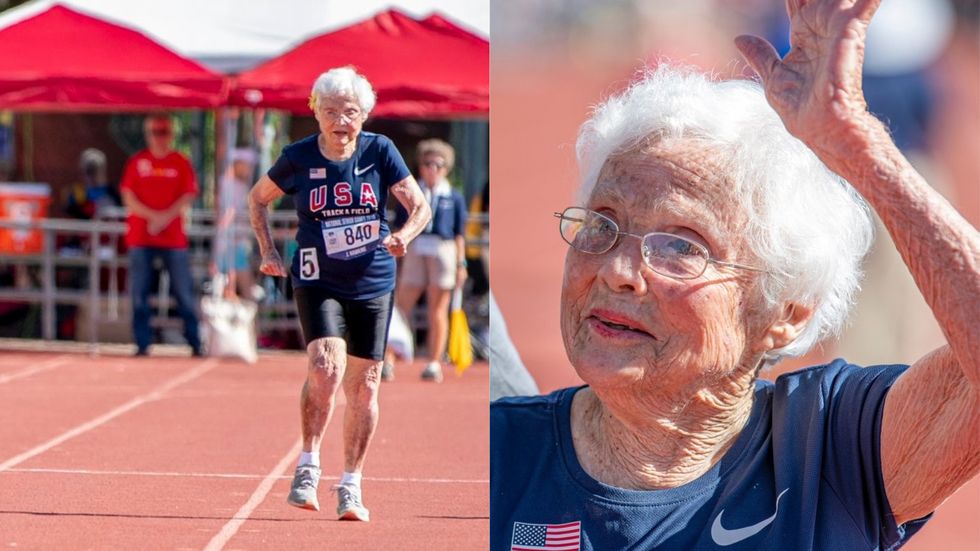 At 103, Julia “Hurricane" Hawkins has cemented her title as the oldest woman to compete on an American track after finishing the 50 and 100-meter dashes at the National Senior Games in New Mexico.

The Louisiana resident already holds the world record for her age group in the 100-meter dash. She did not beat her previous best at the games on Tuesday, but crossed the line in just over 46 seconds.

On Monday, she was clocked at 21.06 in the 50-meter event, which appears to be a Senior Games record for the women's 100-plus age division. That is because she is the first to compete in that category.

A combination of things keep the retired teacher going, from gardening around her home in Baton Rouge to the challenges of competition.

“I keep active all the time," she said.

She started cycling competitively in her 80s, participating in the senior Olympics. When she became the only competitor in her division, her children suggested she try running.

Her knees, back and hips feel fine, and she credits years of cycling for her strong legs. But she says her eyesight is troubling her.

“I keep worrying about that."

"You feel a little less able when something like this happens," she told the Albuquerque Journal.

“I'm hoping I can see well enough to stay in the white lines."

Born on February 9, 1916, Ms Hawkins graduated with a teaching degree from Louisiana State University in 1938, where she met her future husband, Murray Hawkins. She taught in Honduras while he served in the Navy.

After surviving the bombing of Pearl Harbor, he asked her to marry him and they had four children.

She has a simple goal on the track:

“I hope I'm inspiring them to be healthy and to realise you can still be doing it at this kind of an age."

A record 13,712 athletes participated in this year's Senior Games, which will conclude on June 25.

What a blast commemorating the largest National Senior Games EVER at last night's Celebration of Athletes! Thanks… https://t.co/jfLmicxRqE
— NSGA (@NSGA) 1561044952.0