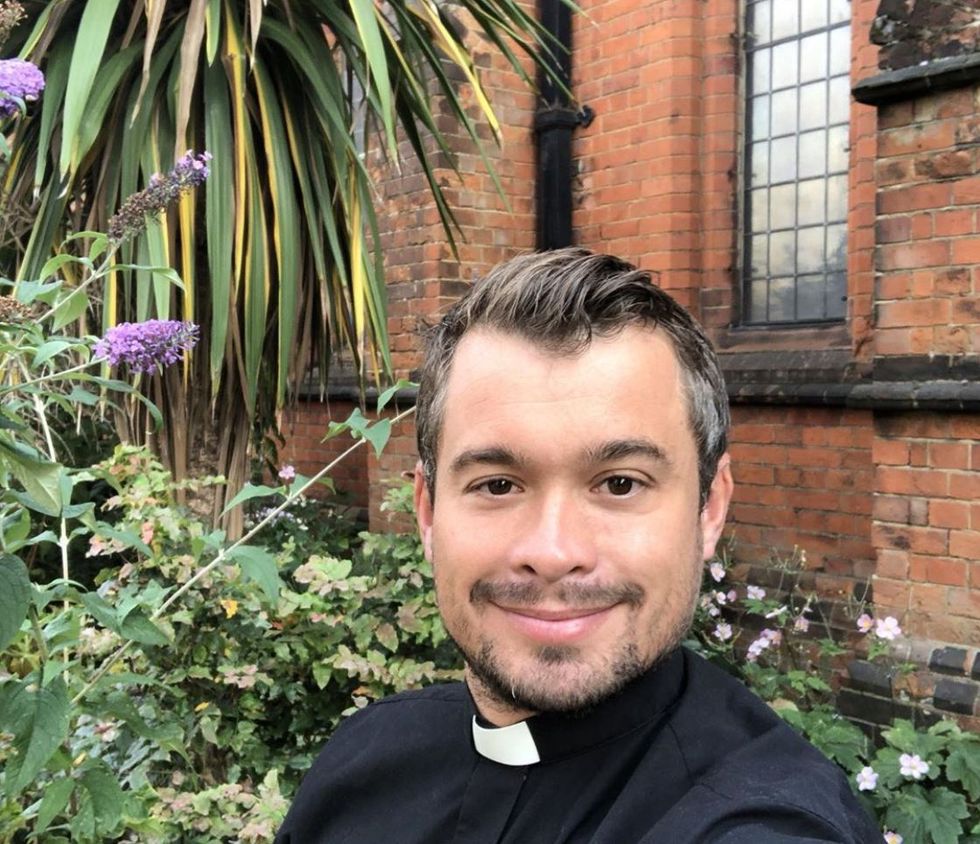 A selfie of the Rev Chris Lee (Chris Lee)

A vicar influencer who has been compared to Fleabag's “hot priest" has said he is trying to “invade social media" with a message of hope.

The Reverend Chris Lee, 36, has more than 100,000 followers on an Instagram account on which he mixes snapshots of his home life featuring his wife and daughters with “60-second sermons" and theological musings.

“Social media is a tool, it's neither good nor bad, but a lot of the time it's used for a very vain pursuit in a superficial way," Lee told the PA news agency. “I'm trying to invade that space with faith, with positivity, with hope. Most of the time what people see on Instagram is someone saying, 'look how beautiful I am, look how good I am', and I'm trying to say to the person watching, 'you're beautiful' or 'you're valued' or 'you're loved.'"

Lee, who is the vicar at St. Saviour's Church in London, came to the job by an unusual route.

With a house, a mortgage and career in business by the age of 21, he found himself looking for something different and moved to Tanzania initially to teach English at a mission.

With the Bible as his main teaching tool, he began “thinking more about God and hearing his voice," so he stayed and did a distance learning degree to become a priest, eventually being ordained a deacon in the diocese of Mount Kilimanjaro at the age of 24.

At the time he moved to St. Saviour's four years ago, his brother-in-law was also setting up a couple of YouTube channels – Korean Englishman and Jolly – on which Lee became a regular guest.

As the channels took off, he found more people were starting to follow his personal Instagram account, so he made the decision to be “more intentional about talking to people about faith" – mixing his professional and private life.

“That's the way a lot of young people are living, they're living with this kind of avatar online and it's very much part of how they see themselves and how they interact with the world," he said. “I was trying to do that but with faith at the core."

While Lee says he has avoided the abuse that typifies much of the discourse on social media, his increasing fame has brought some unwanted attention.

“I've had some dodgy stuff sent to me – like some women sending me nudes or whatever," he said. “My wife is like, 'right, block!'"

He has also had fans seeking him out during his services at St. Saviour's.

“I was asked for a selfie at a funeral I was doing, and that was fine but weird," he said.

But he says attendances at his church have increased, and the majority of newcomers are sincere in their desire to learn more.

As for the comparisons with Andrew Scott's much-lusted-after priest character from Phoebe Waller-Bridge's Fleabag, he believes they come as much from what he is not as what he is.

“I'm a young priest who is engaged with culture, so that in itself is going to raise eyebrows because priests traditionally are a little bit heavy, a little bit old and a little bit distant, and I am, I think, none of those things," Lee said.

While he enjoyed Fleabag and found Scott's character “fun and affable and engaging," he was disappointed to see him having a sexual relationship with the title character, saying he "didn't recognize it as priestly at all."

Lee has become a prominent online voice for the Church of England, which he believes needs to do more to reach young people in digital spaces.

His 100,000 Instagram followers vastly outnumber those who follow either the Archbishop of Canterbury or the church itself on the platform, while his slots on the Jolly YouTube channel can clock up to eight million views. As his audience continues to grow, he is happy to be offering something different in the social media space.

“People come to my account because they want a good news thing, they want to hear something that might affect them in a positive way," he said. “Is that just another sense of consuming something? Maybe, but in a world where they're told constantly they have to be sexual or they have to be popular, I'm just trying to tell people you're loved as you are."